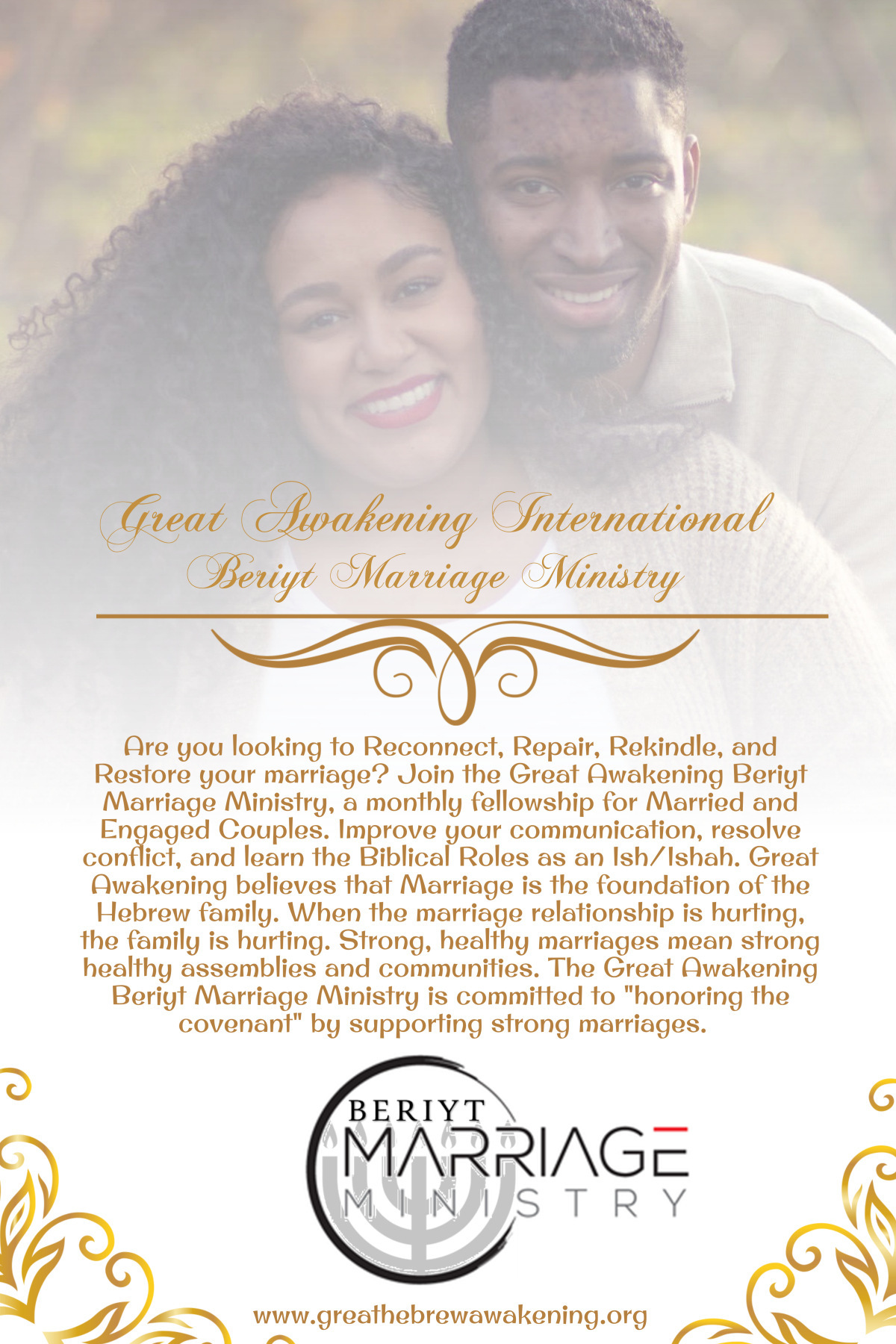 Are you looking to Reconnect, Repair, Rekindle, and Restore your marriage? Join the Great Awakening Beriyt Marriage Ministry, a monthly fellowship for Married and Engaged Couples every 3rd Saturday of the Month at 7pm eastern standard time. Improve your communication, resolve conflict, and learn the Biblical Roles as an Ish/Ishah. All couples must register by clicking here to receive the Zoom ID and Password.

The Hebrew word Beriyth/Beriyt translated as “covenant” has several meanings: (1) to eat with, which suggests fellowship and agreement; (2) to bind or fetter, which means commitment; and (3) to allot, which suggests sharing. When Yah makes a covenant, He enters into an agreement to commit Himself to give what He promises.

Beriyth describes a compact made by passing between pieces of flesh. Covenant is a solemn, binding arrangement between two parties and entails a variety of responsibilities, benefits and penalties depending on the specific covenant which is being studied. OT covenants were made between Yah and man and Husband and Wife.

Beriyth is used in the context of marriage…

(Context Pr 2:16 = The adulteress) That leaves the companion of her youth and forgets the covenant (Heb = beriyth; Lxx = diatheke) of her God (Proverbs 2:17).

Yet you say, ‘For what reason?’ Because Yahuah has been a witness between you and the wife of your youth, against whom you have dealt treacherously, though she is your companion and your wife by covenant (Heb = beriyth; Lxx = diatheke). (Mal 2:14)

Then I (Yah speaking figuratively to Israel, personified as a woman, specifically a woman He took as His wife - see other OT ref = Isa 54:5, Je 31:32; Ho 2:19) passed by you and saw you, and behold, you were at the time for love; so I spread My skirt over you and covered your nakedness (Note: Ancient custom that is tantamount to a "marriage proposal" - Ruth 3:9). I also swore (Literally "sevened" ~ like repeating a declaration 7x) to you and entered into a covenant (Heb = beriyth; Lxx = diatheke) with you so that you became Mine," declares Yahuah. (Ezekiel 16:8)

The Great Awakening Beriyt Marriage Ministry believes that no firmer guarantee of legal security, peace or personal loyalty than that found in the covenant of  Marriage. In the ancient Hebraic world the greatest tool for covenant making came to be the written document (ketubah) on which the words of the covenant, its terms in the form of promises and stipulations, were spelled out, witnessed to, signed and sealed.

The meaning of the Hebrew word for covenant is illustrated in Genesis 15, the first use of the Hebrew phrase "cut (Heb = karath) covenant (beriyth)" (often translated in English Bibles by the Hebrew idiom "make [made] a covenant").

Great Awakening believes that Marriage is the foundation of the Hebrew family. When the marriage relationship is hurting, the family is hurting. Strong, healthy marriages mean strong healthy assemblies and communities.
The Great Awakening Beriyt Marriage Ministry is committed to "honoring the covenant" by supporting strong marriages. In every stage and in every circumstance of life, we want to encourage and enrich Hebraic sound, lifelong marriages while holding to the truth of Yah’s Word and defending the covenant (Beriyt) relationship that Yah has established between one man and one woman.

To provide regular national group meeting experiences (via Zoom and other video-conferencing platforms) that focuses on support, growth, enrichment, and fellowship for couples within the Great Awakening community and couples at large. We are committed to building an atmosphere to minister to couples through intentional marriage mentoring and championing healing and oneness in marriages.

I.To provide a support ministry to married and engaged couples in developing healthy relational skills and in building spiritual, emotional, and physical intimacy in their marriage.

II.Through example, teaching, mentoring, activities, and workshops, we will strive to build and strengthen marriages.

IV.Betterment of marital and family communications;

V.Take proactive steps to prevent marriages from reaching a state of distress and to revive those that are already in distress.

VI.Fostering of fellowship, witness, and deep interpersonal sharing in Relationships via virtual platforms.

VII.Providing methods and tools for couples to improve their relationship with each other and with Yah;

VIII.Assist and inform married and engaged couples on how to be free from anything in their lives that hinder marital bliss. 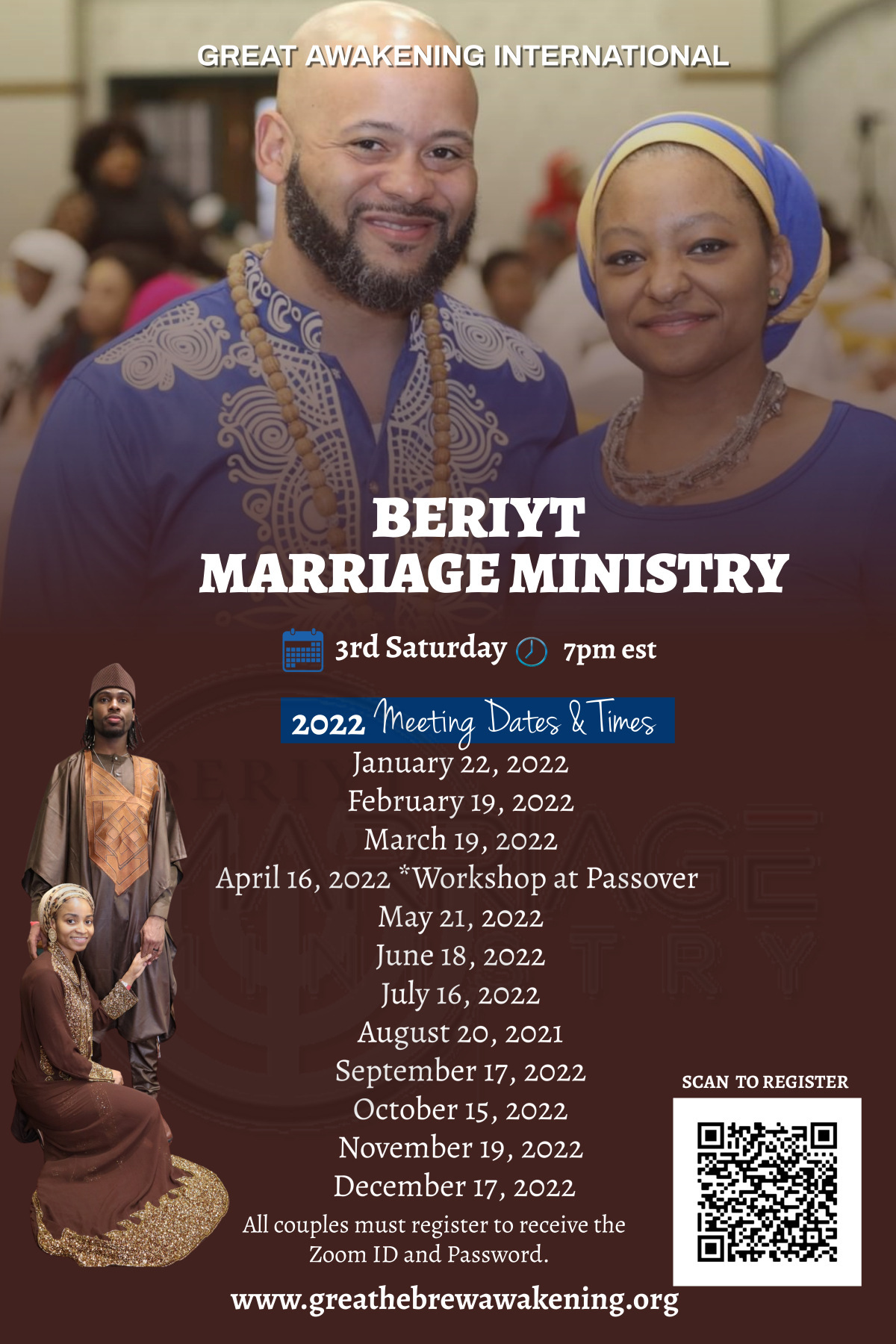 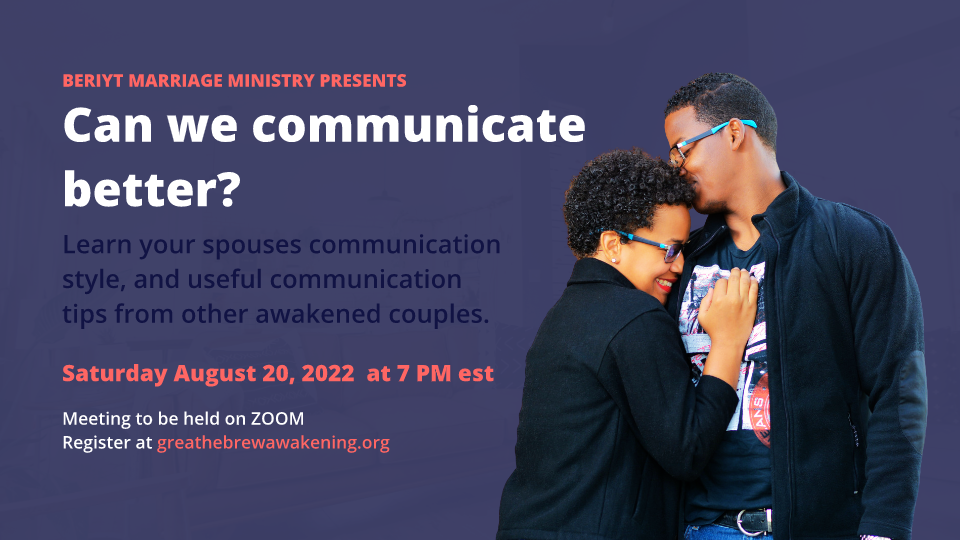 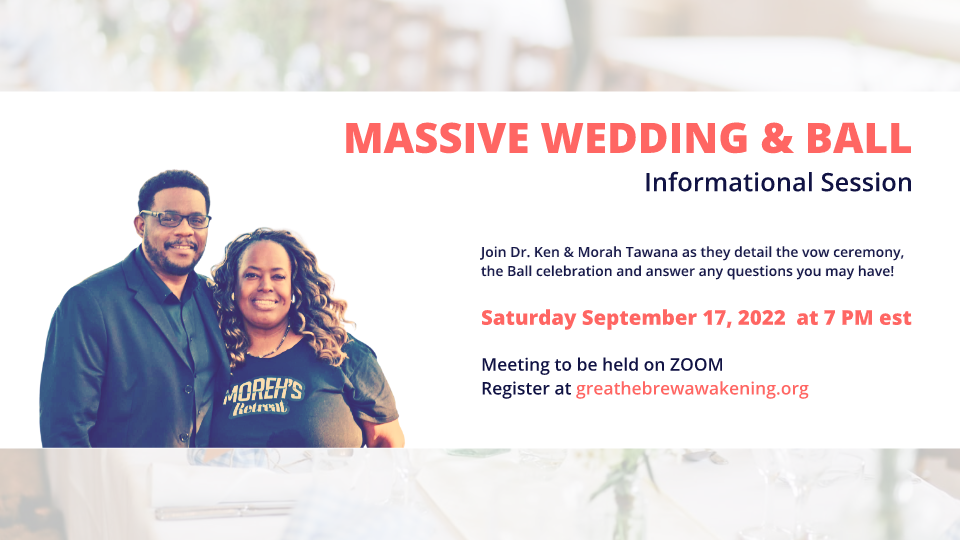 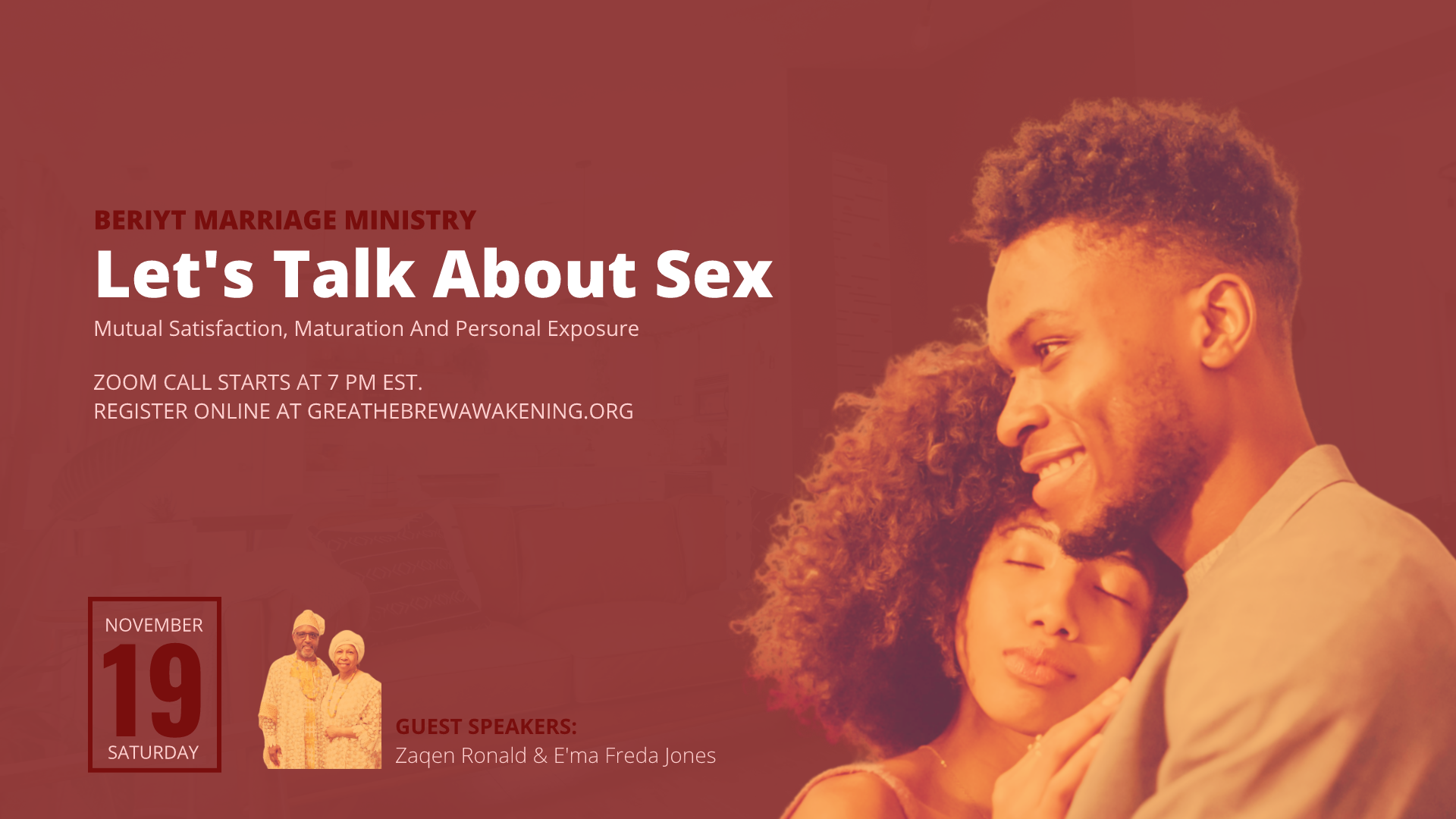 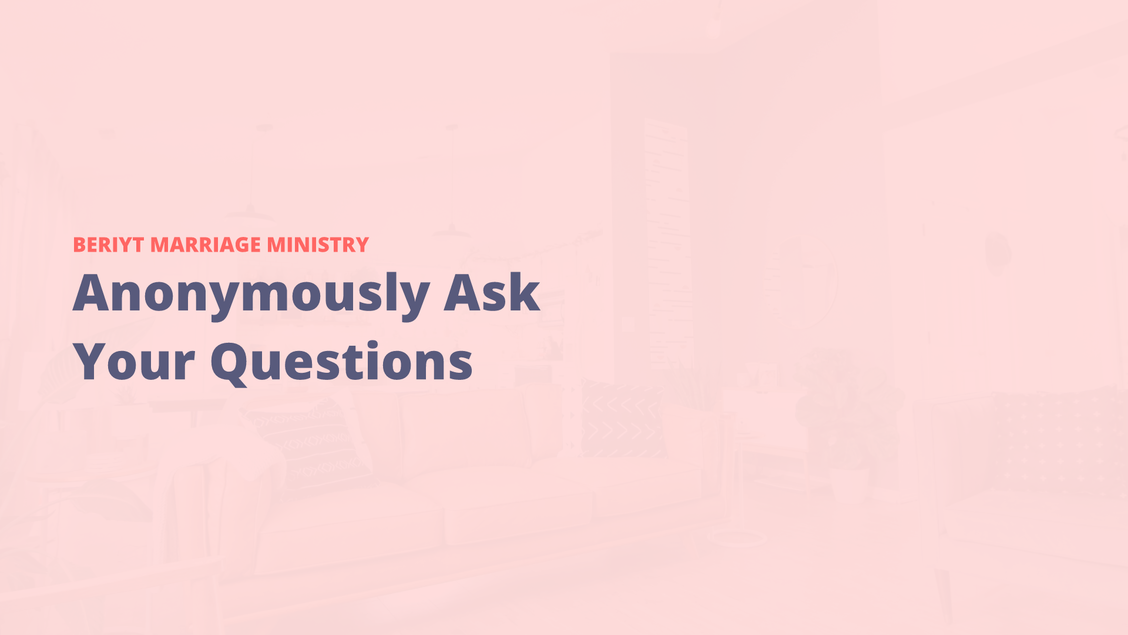 Due to the sensitive nature of upcoming topics we have created a way for you to ask questions you may not want to ask on the call. The link below will allow you to ask anonymously. Please send in questions no later than Wednesday Nov 16, 2022. 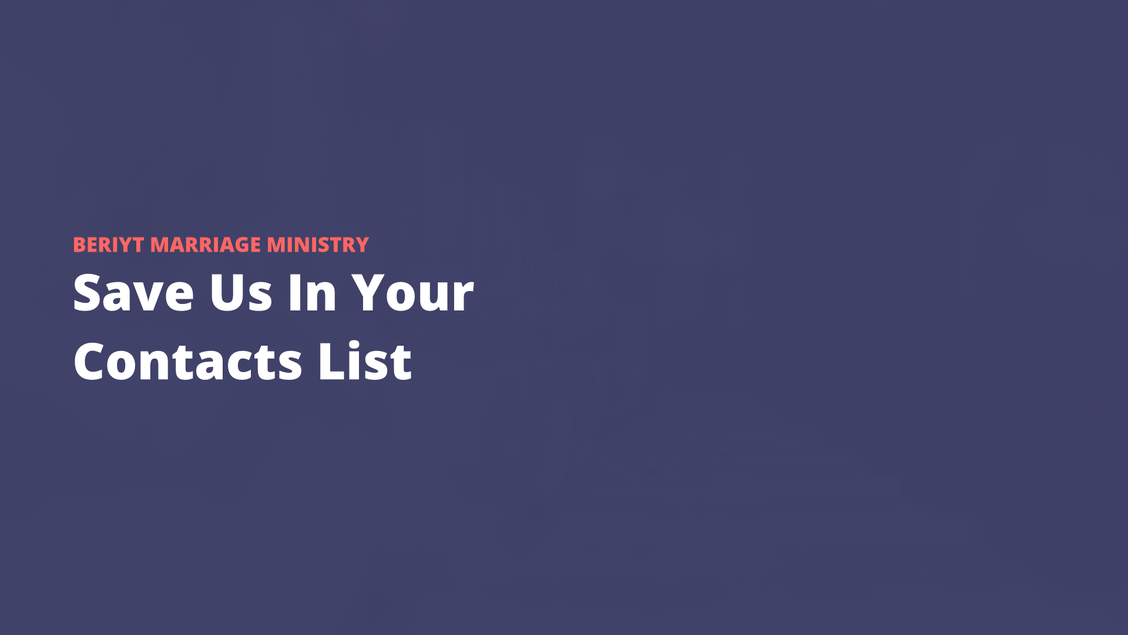